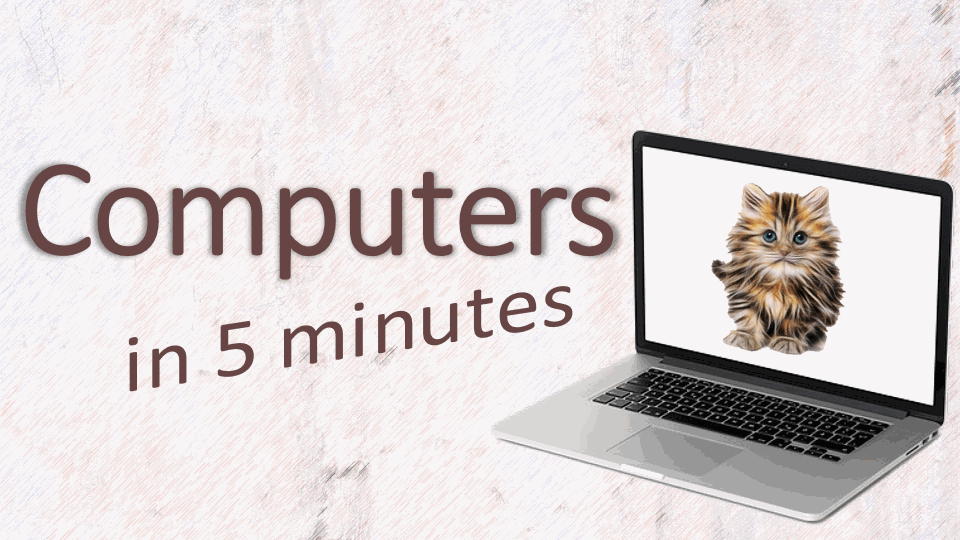 Computers are devices that can be instructed to execute different arithmetical and logical calculations. They have the ability to store, retrieve, and process data and it allows them to follow generalized sets of operations, or programs. Computers can perform an extremely wide range of tasks starting from simple arithmetic calculations and ending with sending people into space.

Devices have been used to aid computation for thousands of years, however, the first mechanical computer was invented in the early 19th century by Charles Babbage.

During the first half of the 20th century, analog computers were used, which utilized a direct mechanical or electrical model of the problem as a basis for computation.

In 1936, Alan Turing described a theoretical device called the Turing machine which was capable of computing anything that is computable by executing instructions, therefore allowing the machine to be programmable. He is therefore considered the father of computer science.

In 1946, Electronic Numerical Integrator And Computer (ENIAC) was created, which was one of the earliest electronic computers used for general purposes, such as solving numerical problems. It took up the whole room and used a huge amount of electricity.

In 1975, Altair 8800 was released, which is considered to be the first personal computer (a computer that is easily affordable).

Since then computers have come a long way and they are more powerful than ever. You can learn about the history of computers in more detail by following the links in the description.

The smallest unit of information used in computing is called a bit and it can have a value of either 0 or 1. Bits are assembled into a group of eight to form a byte. Larger memory units are kilobytes (KB), megabytes (MB), gigabytes (GB), terabytes (TB), etc.

Hardware is any part of your computer that has a physical structure, such as the keyboard or mouse. It also includes all of the computer’s internal parts. Hardware can be divided into:

Software is any set of instructions that tells the hardware what to do and how to do it. Examples of software are programs like Microsoft Word and Google Chrome.

An operating system (OS) is a program that controls and manages the hardware and other software on a computer. Every computer and other devices like a tablet or a smartphone must have an operating system. The most popular operating systems for computers are Windows, Mac, and Linux, and for phones – Android and iOS.

What should you consider when buying a computer?

When buying a new computer, the first thing to consider is what will you be using it for. If you’ll only be browsing the internet and writing documents, you don’t need to purchase an expensive device. However, if you’ll be using it for video editing and professional work, you should buy a device that is more powerful.

Some of the most important factors that affect a computer’s performance are:

MIT has developed computer software that can identify and distinguish a real smile from a smile of frustration.

There are more than 5000 new computer viruses released every month.

More than 80% of the emails sent every day are spam.

The first hard disk drive was made in 1979 and it could only hold 5 megabytes of data.