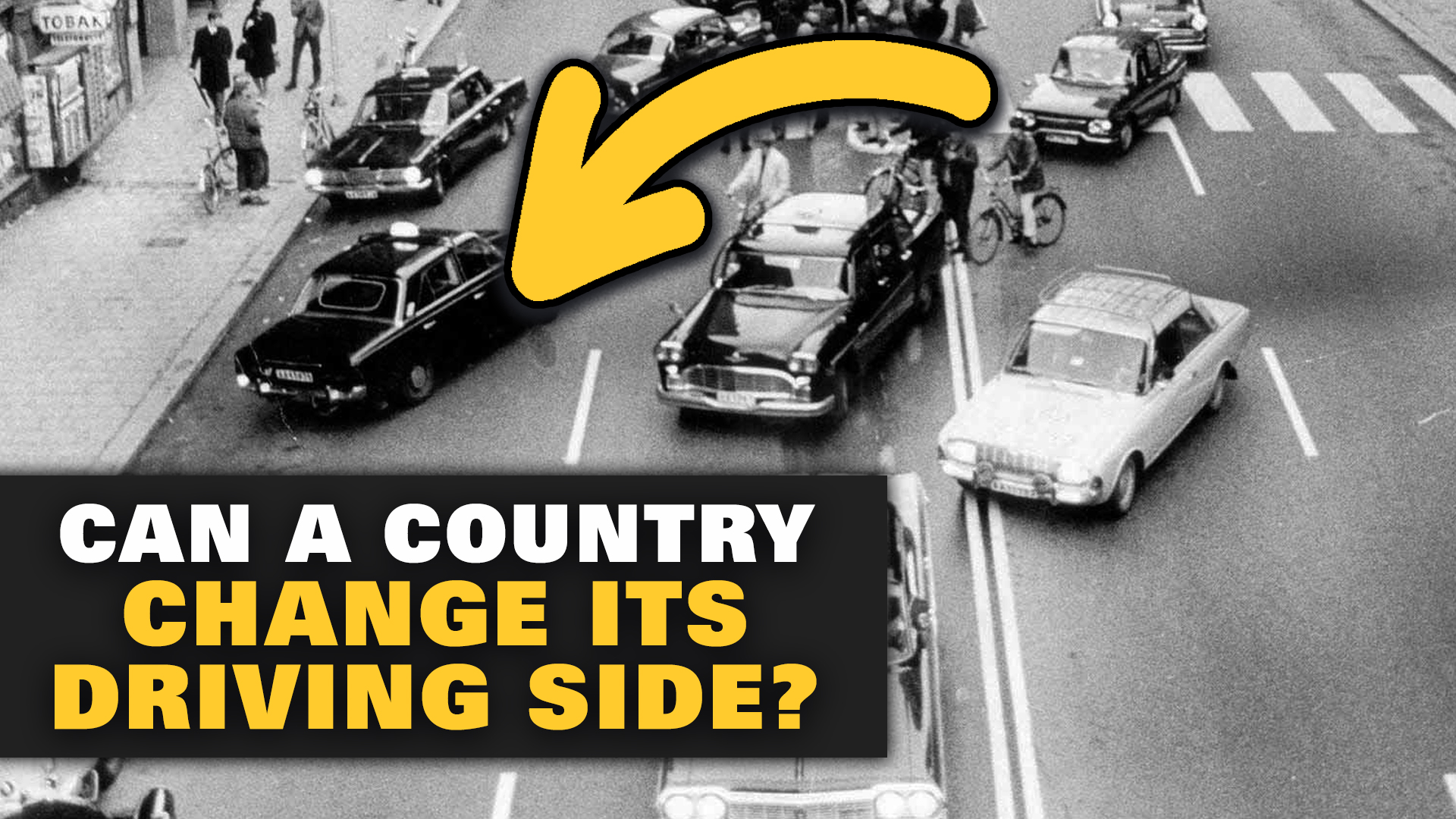 About 35% of the world’s population drives on the left side. But why don’t we all drive on the same side? And could a country switch its driving side?

We usually associate the driving side with cars, however, the history of the driving side predates cars by thousands of years. Archaeologists have found paved stone roads that date back 6000 years to the cities of Ur and Babylon. The biggest road system was built by the Romans, stretching from Britain all the way to the Tigris-Euphrates. That’s where the expression “all roads lead to Rome” comes from.

So how did people switch to driving on the right side? One of the reasons was that in the 18th century, people in France and the US started hauling products in big wagons pulled by several pairs of horses, and they were sitting on the left rear horse to use the leash with their right hand. Because of this, they started driving on the right side of the road to make sure they kept clear from oncoming drivers.

When the production of cars began, the famous Ford Model T was built with the steering wheel on the left side, further incentivizing countries to drive right.

Now that we know why countries drive on different sides, we can explore the question – would it be possible to change the driving side nowadays with so many cars around?

The most well-known case of a country switching its driving side in recent history is the H day or Högertrafikomläggningen which took place in Sweden on September 3rd, 1967. On this day, the whole country switched the driving side overnight. They decided to do so because most swedes were driving on the left side with the wheel on the left which made driving unsafe, and all the other nearby countries were already driving on the right side.

All non-essential traffic was completely stopped for 5 hours to prepare for the switch and replace about 350,000 road signs. The change went smoothly and the number of accidents even dropped because people were very careful on the roads after being prepared for this change for years by the government campaigns. They featured the H day logo on everything from milk cartons to even women’s underwear.

Another country that recently has switched the driving side is Samoa, which changed it to the left side in 2009. The reason for this change was to allow Samoans to purchase cheaper right-hand-drive vehicles from Japan, Australia, and New Zealand.

What is the longest road? – Pan-American Highway