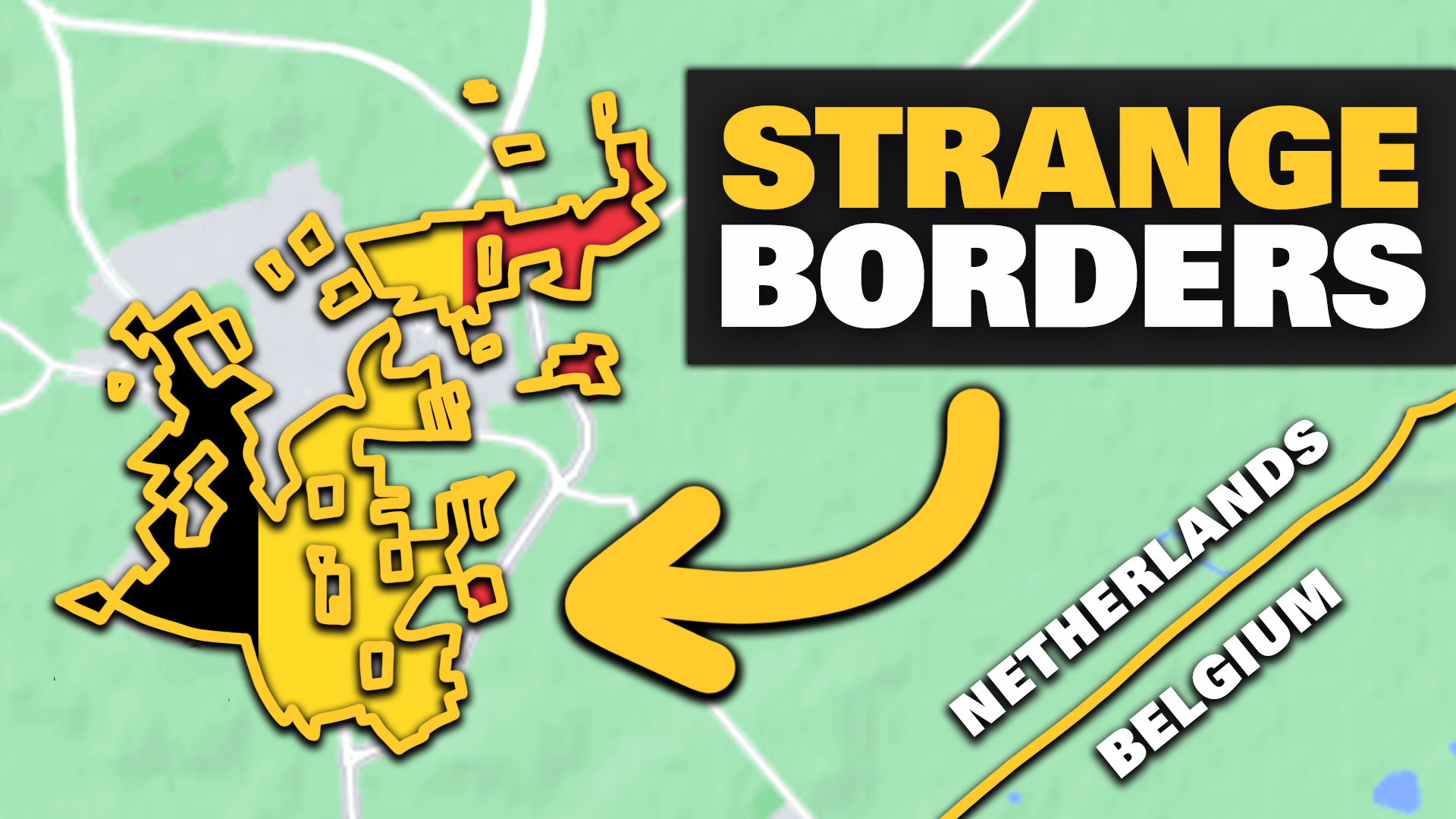 Borders are political boundaries separating countries around the world. Some are easy to cross, and no one will even check your passport, others are heavily guarded, and crossing them is an impossible task. In this video, we’ll go over the most interesting borders in the world.

Let’s start our list with the longest land border in the world which is between the US and Canada at 8,890 km (5,524 mi). It is more than the distance from Rome all the way to Cape Town. The border is shared by thirteen US states and eight Canadian provinces and territories. It consists of 2 parts where Canada borders the US with Alaska in the West and the rest of the US in the South. If we’re looking for the longest continuous border, this title belongs to the Russia-Kazakhstan border of 6,846 km (4,254 mi).

One of the most notorious and well-guarded borders in the world is the Korean Demilitarized Zone (DMZ) dividing the Korean Peninsula roughly in half. The border between North and South Korea is 250 km (160 mi) long and it was a result of the Korean War which was among the most destructive conflicts of the modern era. The border is heavily guarded on both sides, and it prevents people from defecting to the other side.

Enclaves and exclaves are territories surrounded by another state or entity, thus resulting in some interesting borders. Alaska is the world’s largest exclave, and some others include Kaliningrad and French Guiana.

The Dutch municipality of Baarle-Nassau contains more than 20 Belgian enclaves, some of which in turn contain Dutch enclaves. The reason for this complicated border dates back to the Middle Ages when the land was divided between different Dutch and Belgian aristocratic families. Luckily Belgium and the Netherlands are both part of the Schengen Area which means there are no permanent border controls. There are even cases when the border goes through restaurants or private houses.

Many disputed borders exist around the globe. For example, disputes between Israel and Palestine, China and Taiwan, and Russia and Japan. Each is a topic on its own, but a particularly fascinating disputed border is between Egypt and Sudan. Bir Tawil is a 2,060 km2 (795.4 sq mi) stretch of land the size of London on the Egypt-Sudan border that is deserted and claimed by neither country. If any one of them claims it, they would give up claims on other, more important territories so it remains one of the few land areas of the world not claimed by any internationally recognized country.

The Diomede Islands located in the Bering Strait are the border between the United States and Russia. These islands are only about 3.8 km (2.4 mi) apart, however, the International Date Line passes between them, and they are always 20-21 hours apart. During winter, if it is cold enough, it is possible to walk from one country to the other across the ice, although it is legally not allowed.

Other interesting border locations are where 3 countries meet each other. One such place is the border point between Austria, Hungary, and Slovakia. It has a table with three benches, and you can have three people sitting at the table – each in a different country.

Another significant tri-point is the border between Argentina, Brazil, and Paraguay, also known as The Triple Frontier. It is a fascinating natural border where Paraná and Iguazu rivers meet.

A very unique border is the Attari–Wagah border between India and Pakistan where you can see the lowering of the flags ceremony. Also known as the Beating Retreat border ceremony, it is a daily military practice of Indian and Pakistani security forces. It is characterized by elaborate and rapid dance-like maneuvers and raising legs as high as possible.