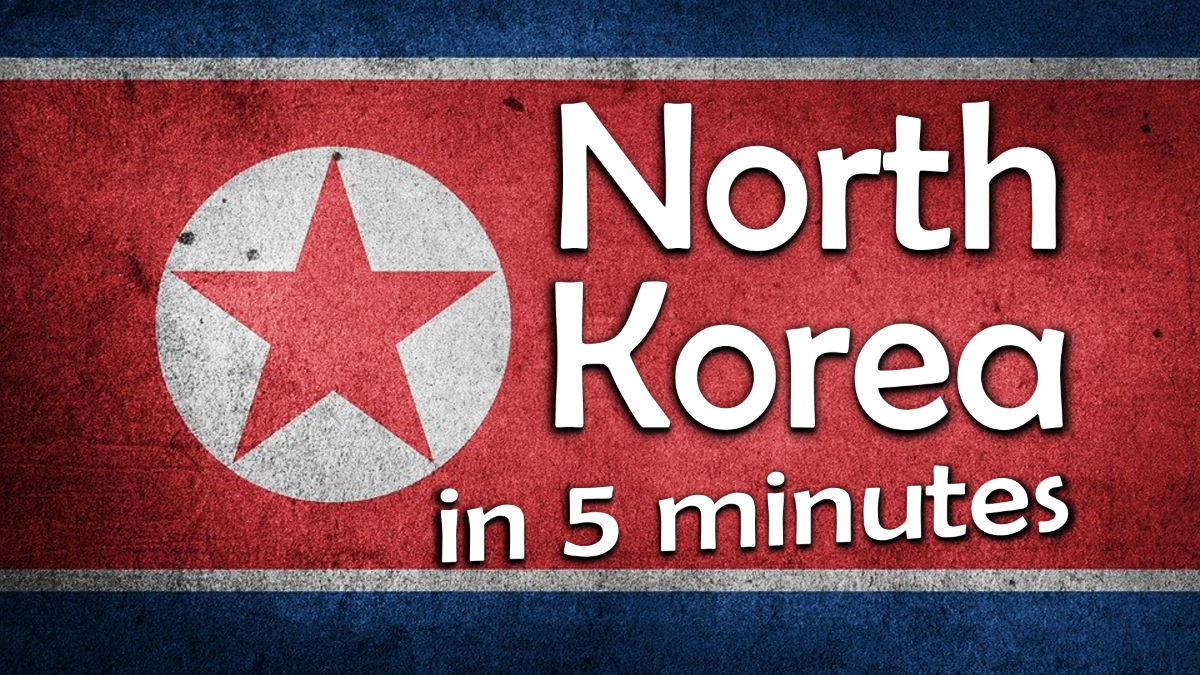 North Korea or the Democratic People’s Republic of Korea is a small country in East Asia bordering China, Russia, and South Korea. North Korea is home to 25 million people, and its area is approximately 120,000 km2 (46,500 sq mi).

North Korea’s capital city is Pyŏngyang, which is also its largest city. It is one of the few places in North Korea that foreigners can travel to. Only a few thousand Western tourists visit North Korea each year.  All foreigners visiting North Korea must follow a guided tour, and the interactions with local people are tightly controlled.

Historians believe that Korean people have been living in the Korean peninsula for thousands of years. In 1910, Japan occupied the territory until the end of World War II in 1945 when the USSR took control of the northern half, and the USA took control of the southern half. Each of them created local governments supporting their ideologies. In 1948, North Korea was officially founded and Kim Il-sung was appointed as premier. Afterward, he became the first Supreme Leader of North Korea.

In 1950, the Korean War started when the military of North Korea invaded the South to unite both countries. The fighting ended in 1953, with an armistice that approximately restored the original boundaries between both countries. A heavily guarded demilitarized zone (DMZ) still divides North and South Korea to this day.

North Korea is a socialist-military dictatorship, and the next leader is the current leader’s male heir. There are technically multiple parties in the country besides the ruling Korean Workers’ Party, however, they are all controlled by the Supreme Leader.

North Korea’s constitution states that its citizens have freedom of speech, press, and religion. In reality, people can be punished for criticizing the government. A report by Amnesty International estimates that hundreds of thousands of people have been punished. Possible punishments include being sent to a labor camp or prison, or even a death penalty.

North Korea’s official ideology is Juche, which is a form of socialism developed by Kim Il-sung. It teaches that for a country to achieve true socialism, it must become strong and self-reliant.

The daily life of North Koreans is completely controlled by their government. All media outlets are strictly monitored, and they broadcast political propaganda and promote the personality cult of the Kim dynasty. People who are caught watching foreign broadcasts are harshly punished.

The majority of people are living in poverty and over 40% of North Koreans are malnourished. Things like fridges and bicycles are difficult to come by. Since most people can’t afford to own a car, they use buses, trams, or the subway.

Some North Koreans have mobile phones, but they can make calls only within the country’s borders and on a local network. Foreign phones work on a separate network, and North Koreans are strictly forbidden to use them.

Internationally North Korea is usually mentioned because of the human rights abuses or its nuclear weapons program. It regularly carries out weapon tests and is generally considered unfriendly to the neighboring countries. In recent years, however, the relationships have been improving.

In 2018, a secure phone line was reopened between North and South Korea allowing the two governments to communicate with one another. Both countries came together during the opening and closing ceremonies of the 2018 Winter Olympics.

North Korea and USA relationships have also been improving. There have been multiple meetings between the leaders of both countries, and in 2020 President Trump offered to help North Korea in tackling the coronavirus.