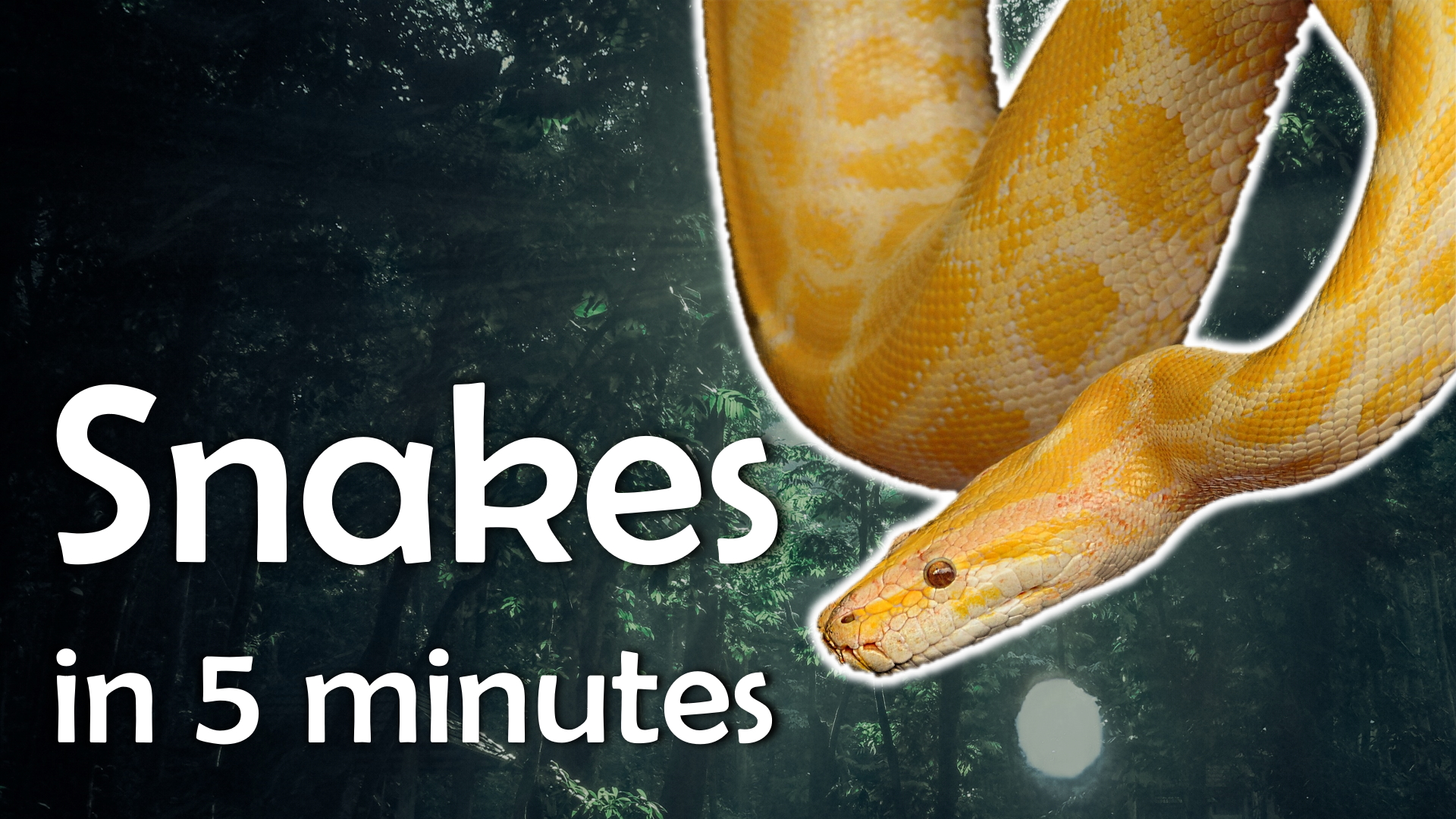 Snakes are legless, long, flesh-eating creatures belonging to the suborder Serpentes. They are ectothermic animals meaning their body temperature depends on external sources.

Snakes have overlapping scales, and they also lack such features as external ears and eyelids. Most snake species possess skulls with numerous joints that allow them to swallow food even larger than their heads. Many snakes have only a single functioning lung, and their paired organs like kidneys are located one in front of the other.

Snakes exist in all continents except Antarctica with the exception of a few countries like Iceland, Ireland, Greenland, and New Zealand. So if you are afraid of snakes, now you know where to go on your next vacation.

Some of the commonly known types of snakes include pythons, cobras, mambas, vipers, and rattlesnakes. Snakes can be aquatic and land dwellers and some can even live in mountains like the Himalayas.

A snake won’t bite a human unless it’s injured or threatened, and it will prefer to evade contact with us. A bite of a non-venomous snake isn’t harmful, though it can cause an infection. Venomous snakes on the other hand are dangerous, and their bites should be treated quickly to avoid death.

The Biology and Behavior of Snakes

Snakes have a fascinating biological composition that makes reptile scientists spend more time studying them. Here are some examples:

The fossil record of snakes is poor because their skeletons are small and fragile making their fossilization rare. There are two main theories that try to explain the evolution of snakes.

The first hypothesis claims that snakes have evolved from burrowing lizards about 150 million years ago. Subterranean species developed streamline bodies for burrowing and finally lost their legs. The theory also suggests that features like transparent eyelids called spectacles, and losing external ears occurred to deal with underground life challenges like scratched corneas and dirt in the ears.

The second hypothesis proposes that snake ancestors were linked to mosasaurs (extinct, giant aquatic reptiles from the Cretaceous) which in turn are believed to have developed from the varanids. It also states that the evolution of spectacles was meant to counter underwater environments, and the loss of external ears was the result of disuse in the marine world.