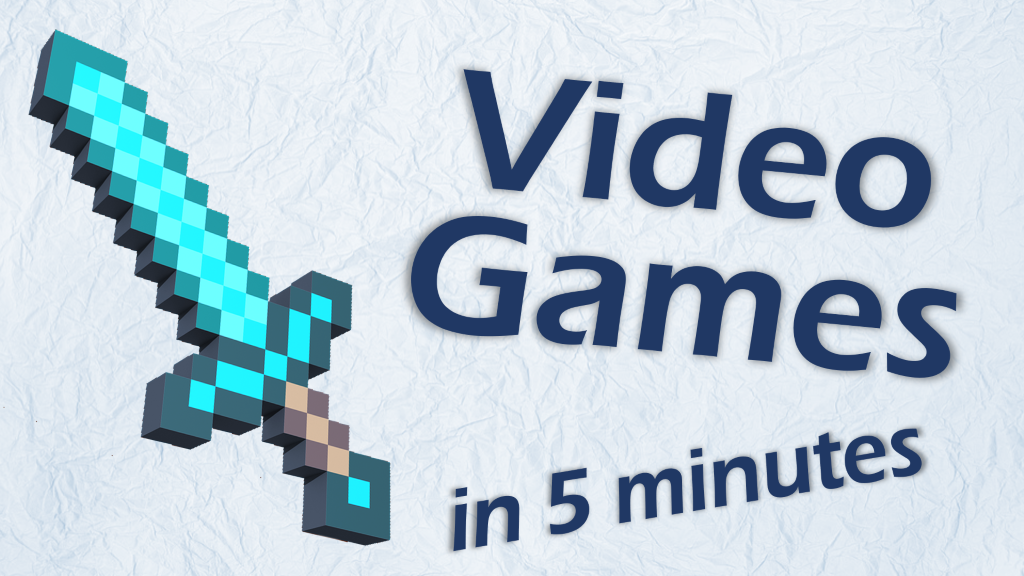 Video games are games that use the interaction with a user interface to generate visual feedback on a device like a phone, monitor, or TV.  The input devices to play video games depend on the platforms, and the examples include keyboards, joysticks, touchscreens, etc.

The increased storage capacity and computing power allow game developers to create games with incredible graphics and complex interaction between the player and the game. Modern games also usually contain sounds, music, or even voice acting to increase the immersion.

A platform or system is a set of specific hardware and software that allows for video games to operate. The most popular platforms are:

The history of video games dates back as far as the early 1950s when computer scientists began creating games and simulations as a part of their research.

The first commercial arcade video game was released in 1971, and it was Computer Space by Nutting Associates.

In 1972, Atari released Pong and it was a great success. It was a table tennis game featuring simple two-dimensional graphics.

The first home video game system was also released in 1972 by Magnavox, and it was called The Odyssey.

In 1977, Atari released the Video Computer System (VCS)  which was later renamed to Atari 2600. It used removable cartridges, allowing multiple games to be played on the same device. It sold over 27 million units worldwide.

In 1978, an arcade game Space Invaders was made which began the golden age of arcade video games. The game inspired arcade machines to be placed in mainstream locations such as shopping centers. Space Invaders had over 60,000 machines all over the U.S.

The American video game industry experienced a major “crash” in 1983 due to low-quality games and other factors. It led to the bankruptcy of multiple video game companies

In 1985, Nintendo introduced the Nintendo Entertainment System (NES). It’s sales eventually exceeded 61 million units. It used a pad controller and it had reproductions of arcade games. Nintendo priced the system cheaper than the competitors and made a profit from selling games for the NES.

In the upcoming years, new consoles kept being released:

Video games can be classified in various genres depending on the differences in gameplay, and each individual game can belong to multiple genres at once.

Pac-Man was invented by the designer Toru Iwatani while he was eating pizza.

The highest-grossing video game of all time is World of WarCraft earning more than $10 billion over its lifetime.

Atari is a Japanese word that means success.

On the original game Odyssey, players had to keep score themselves because the game couldn’t do it.