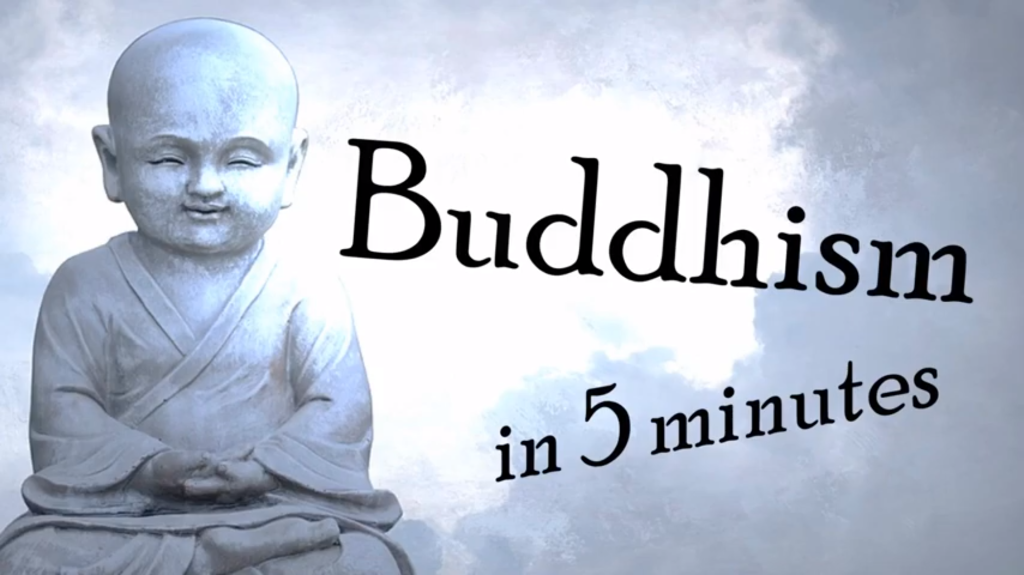 Because of its emphasis on meditation and mindfulness, Buddhism is often considered to be a form of psychology rather than a religion.

Buddhism teaches that the ‘Middle Way’ is the best path towards liberation. Neither too much worldliness nor too much of asceticism is good for spiritual advancement.

The Five Precepts of Buddhism are:

In Buddhism, there is no single holy book and extensive scriptures have been preserved in many languages.

Two major branches of Buddhism are Theravāda and Mahāyāna. In Theravāda, the ultimate goal is the ending of such mental states as ignorance, attachment, and aversion, and reaching the state of Nirvana. Mahāyāna instead aspires to Buddhahood via the bodhisattva path, where one remains in the cycle of rebirth to teach others how to reach awakening.

Siddhārtha Gautama was the historical founder of Buddhism. He was born in Lumbini, Shakya Republic, which was originally in northern India but is now a part of modern-day Nepal. He is also known as Shakyamuni. ‘Shakya’ is the name of the royal family into which he was born, and ‘Muni’ means ‘Able One’.

He lived his early years as a prince, and when he was 29 years old he left his meaningless life of luxury and followed a spiritual life of meditation.

Six years later, at the age of 35, he attained Enlightenment (Bodhi) under the Bodhi Tree. He was then known as Gautama Buddha, or simply “The Buddha”, which means “the enlightened one”. His intention in founding Buddhism was to lead people to permanent liberation from suffering.

In his life, Buddha gave around 84 thousand teachings and founded an order of monks and nuns known as the Sangha who have preserved his teachings down to the present day.

The term Buddha also refers to others who have achieved enlightenment and Buddhahood, such as the 27 Buddhas who preceded Gautama.

Visitors do not wear shoes inside the Viharas.

Buddhism is a nontheistic religion (Independent of the belief or non-belief of God); Mahāyāna tradition is considered polytheistic.

The 3 tallest statues in the world are of Buddha.

In Buddhism, suicide is seen as throwing away the precious opportunity to generate positive karma.

The Thanboddhay Pagoda temple in Myanmar has more than 582,000 Buddha statues.