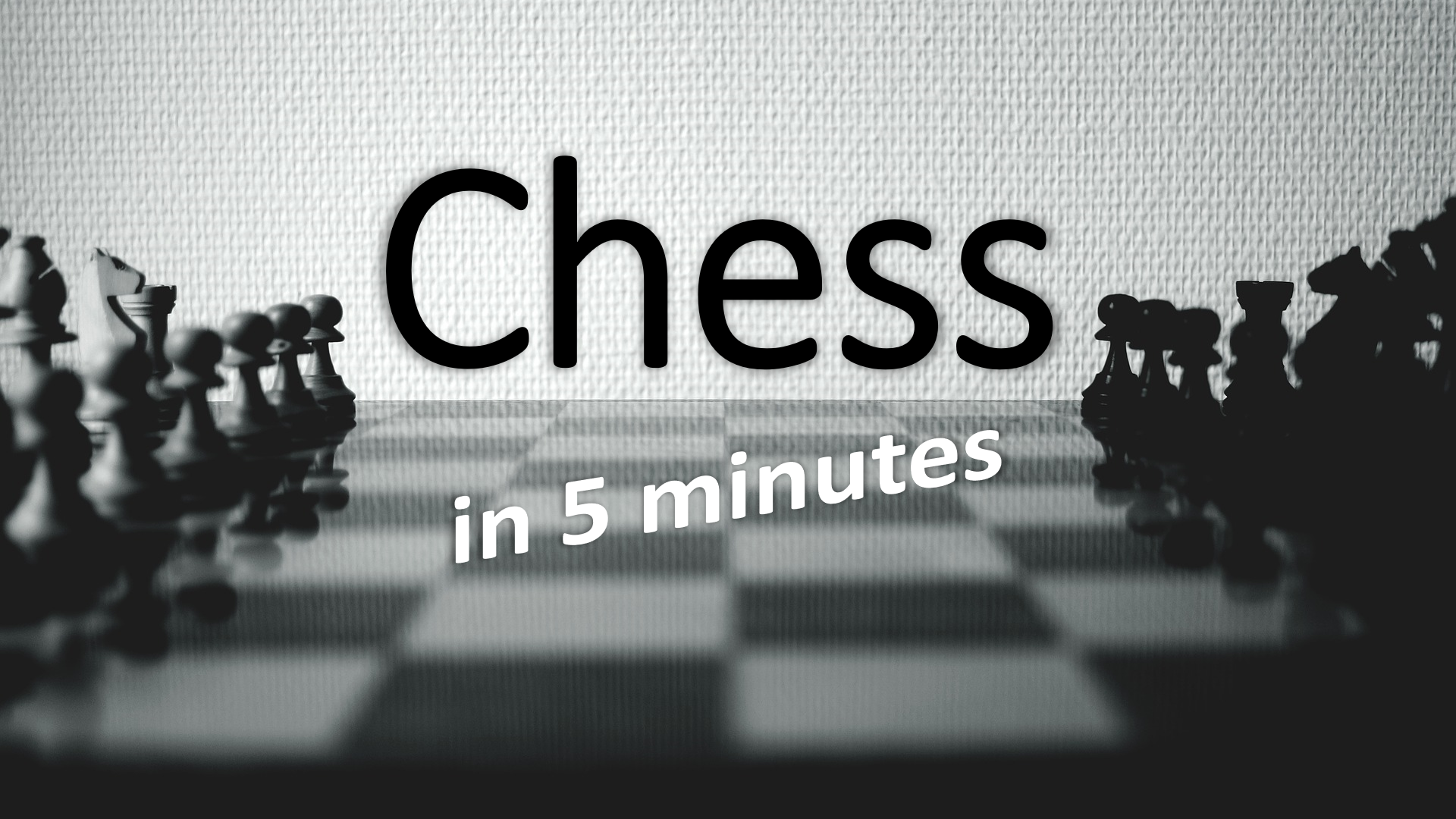 Chess is a strategy game for 2 players and it is played on a chessboard consisting of 64 squares of alternating colors.

Each player begins with 16 pieces: one king, one queen, two rooks, two bishops, two knights, and eight pawns. The most powerful of them is the queen, while the least powerful is the pawn.

The objective of a game of chess is to checkmate the opponent’s king by placing it under an inescapable threat of capture. There are also several ways a game can end in a draw.

The chess pieces are arranged the same way each game. The second rank is filled with pawns. The rooks go in the corners, then the knights next to them, followed by the bishops, and finally the queen, who always goes on her own matching color, and the king.

Pieces cannot move through others, and can never move onto a square with one of their own pieces. However, they can be moved to take the place of an opponent’s piece which is then captured.

Here are the legal moves of each piece:

If a pawn moves two squares forward from its starting position, an opposing pawn may capture the first pawn as if it had only moved one square.

End of the game

There are multiple ways a game can end in a draw:

The longest game of chess that is theoretically possible is 5949 moves.

The word “checkmate” comes from the Persian phrase “shah mat” which translates to “The king is dead” in English.

The second book ever printed in the English language was a chess book.

A 2012 survey found that “chess players make up one of the largest communities in the world: 605 million adults play chess regularly”.