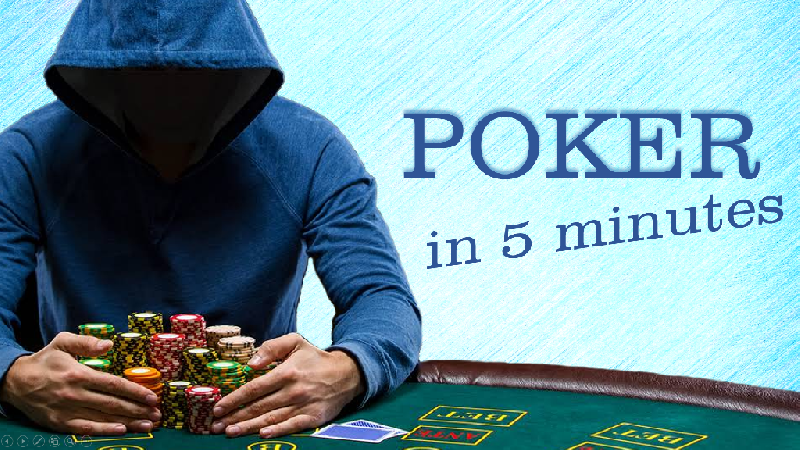 Poker is a family of card games that combine gambling, strategy, and skill. Poker games vary in the number of cards dealt, shared cards, cards that remain hidden, and the betting procedures. Few of these variations are Texas Holdem, Omaha, Razz, and Seven-card stud.

In poker, bets are usually made with plastic or ceramic chips which represent money. Chips are used instead of real money because they are easier to count and handle.

Poker can be played in cash games and in tournaments. In cash games, bets represent real money and they have no end time. Players can play as long as they still have chips.

In tournaments, each player pays a fixed buy-in and at the start of play receives a certain amount of poker chips. Players receive prizes depending on their place in the tournament.

In tournaments, blinds and antes rise over the duration of the tournament. Blinds or blind bets are forced bets made before the cards are dealt and are made by two players after the dealer. Antes are forced bets where all players put an equal amount of money into the pot before the deal begins.

Some of the biggest poker tournaments are:

Poker’s closest predecessor was Poque, which caught on in France in the 17th century. English-speaking settlers in North America Anglicized Poque to poker and adopted features of the modern game. In 1871 the game was introduced to Europe.

Texas Holdem became popular after the World Series of Poker began in 1970.

The most popular variation of poker is Texas Holdem. It is easy to learn and difficult to master. It can be either fixed-limit where the amount of bets in any betting round is fixed or no-limit where the maximum bet amount is not fixed..

First, blinds are paid. Then each player is dealt 2 cards face down also known as “hole cards”.

The first betting round starts, where players can either check if no bets are made, call (match the highest bet or blind), bet money or fold (throw away your hand).

A betting round ends when all players have had a chance to act and all players who haven’t folded have bet the same amount of money for the round.

After a betting round has ended, three shared cards are dealt face up. This is called the flop.

Then there is another betting round, and afterward, a fourth shared card is dealt which is called a turn.

Then there is another betting round, and afterward, a fifth shared card is dealt which is called a river.

Finally, there is one final round of betting. When it is ended, players reveal their hands to discover the winner. This process is called the showdown. The hole cards and the five shared cards are used to make the best possible five-card poker hand.

The player with the highest-ranked hand is the winner. Here are the possible hand rankings:

Top players in poker make a lot of money both in tournaments and cash games. Here are a few well-known players:

Millions of people also play poker online. It’s possible to play for virtual currency or real money. Some of these sites are: